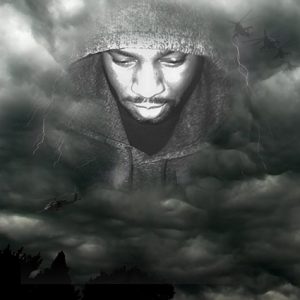 Starting out in the early 90’s from West Philly
as an up and coming Emcee, Madd teams up with
Rob Starr and the Mighty Briz to form
“THE LEGION”.with banging street tracks like
“However do you need me”, “Nappy Niggaz”, and
“Who’s next ta flex”, Madd would later be
introduced to Dj Rocksteady of the
Trauma Center where he collaborated on
classic hits like “Terror in your era”,
“Spillin what I’m feelin,” and many more.
Using styles that create a true hip hop vibe on
tracks Madd would eventually launch
Madd Rhyma Records. releasing his debut
album in 2012 titled “Black reign” featuring
Dj Rocksteady a.k.a Mr. Radical, Chad Anthony,
Charles chill, Ms. Wizdom, StayPuff, Mike Genius,
and Nex Millen. with show performances with
Trauma Center Madd is not only writing but also
producing some neo soul style tracks to launch
his next mission (the Madd Ra revolution.)

Currently on his fourth album Madd Rhyma has launched his internet radio
station called ILLADELPHIA RADIO featuring up and coming, signed, unsigned, and
independent artist. And coming soon will be the Unspoken Word Podcast
featuring knowledge and information that the mainstream media refuses to
discuss.